McDonald’s Returns to Times Square With a $40 Million, 20-Year Lease 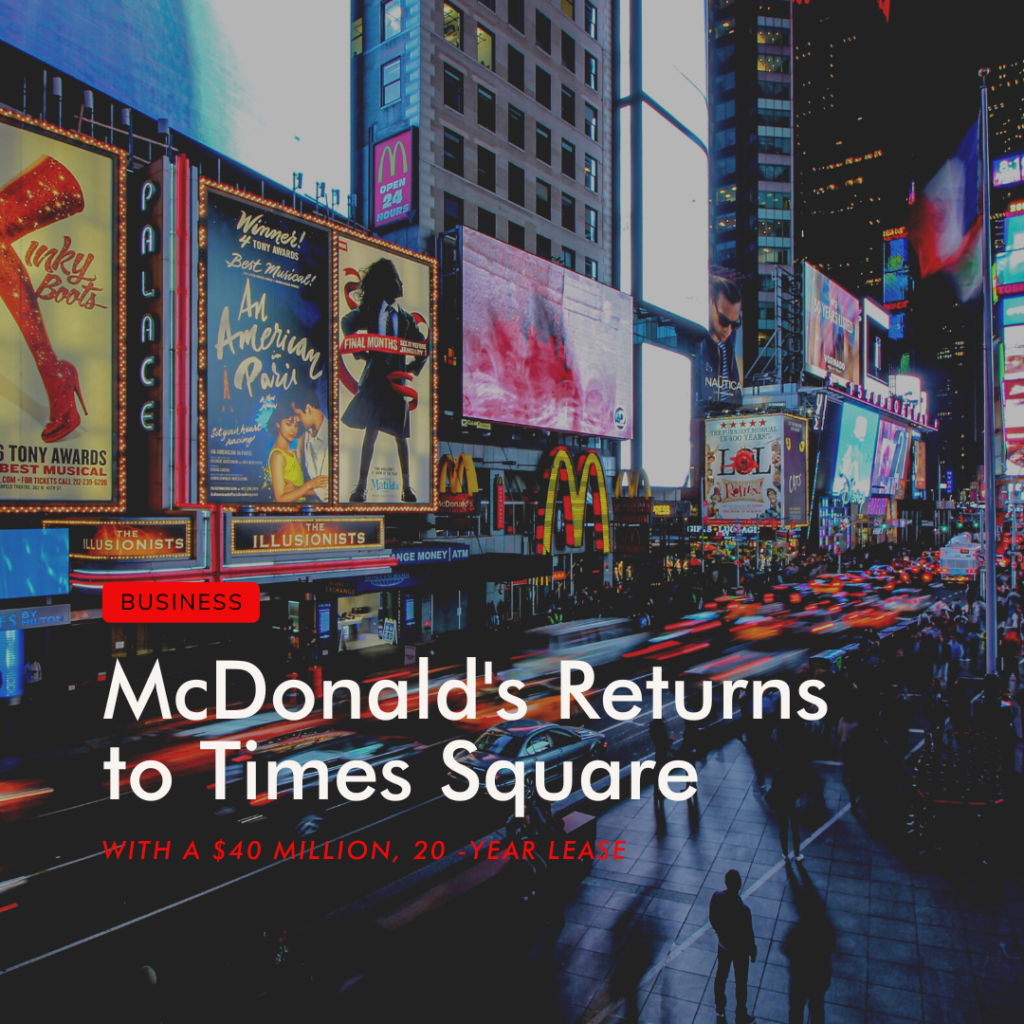 By Max Gross at Commercial Observer

The square footage of the lease was not fully clear, but a source said McDonald’s is taking roughly 2,500 square feet out of the 6,000 square feet of available ground-floor space, and roughly the same on the second floor. The rest of the footprint, which until recently housed a Duane Reade, is currently on the market.

The transaction represents a remarkable investment for the fast-food purveyor in Times Square. For 17 years McDonald’s operated one of the most eye-catching of its franchises a block away in a four-story, 17,500-square-foot space amid several theaters that were lit up by some 7,000 lights. It closed in 2020 thanks to the pandemic, as The New York Post reported.

But this strip of Eighth Avenue has seen a lot of F&B retailers who recognize the value of the tourism crowd; Chick-fil-A has an outpost at 675 Eighth Avenue, and Shake Shack has a spot at 687 Eighth Avenue.

McDonald’s has taken possession of the space, sources told CO and expects to open for business by the end of the year.

Both Sutton and McDonald’s could not be reached by press time.

Max Gross can be reached at mgross@commercialobserver.com.

In October 2021, the Federal National Mortgage Association was the first to announce updates to its guidelines and criteria changes for Condo and Co-op Projects.  These changes came in the wake of the tragic collapse of the Champlain South Tower...